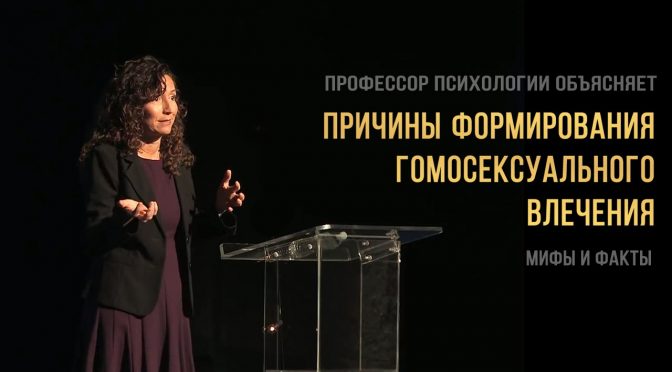 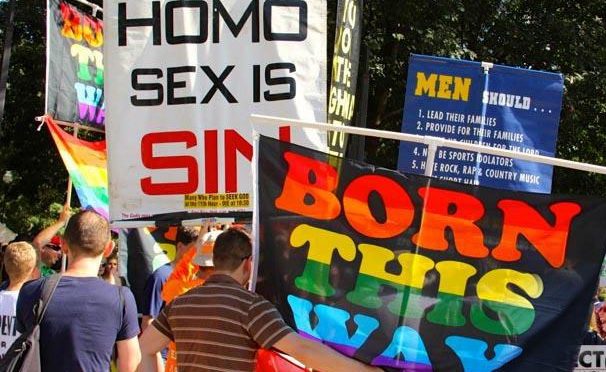 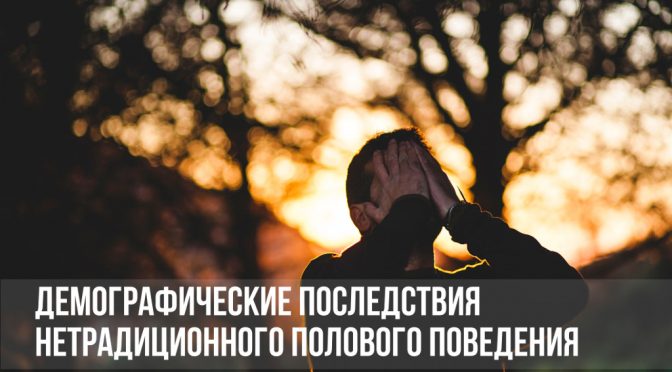 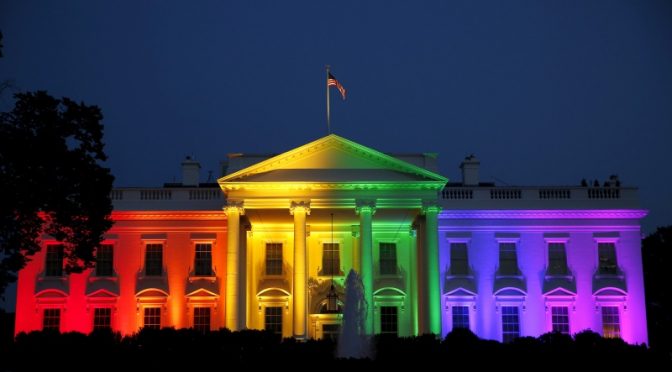 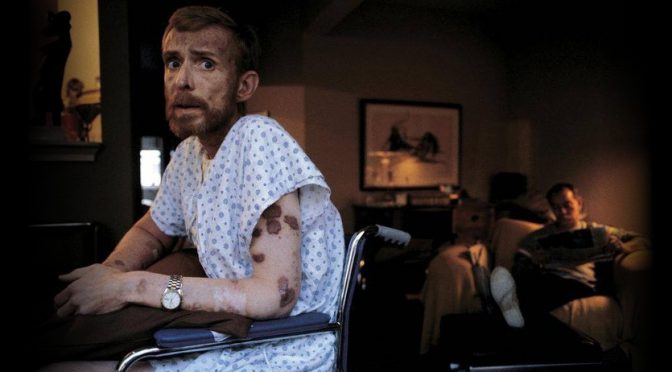 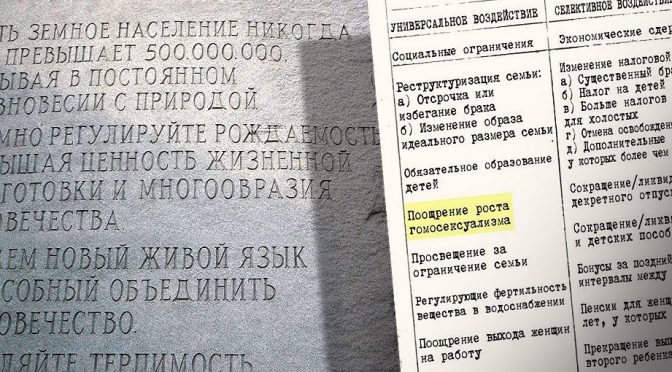 The development of feminist movements gave impetus to the formation of the pseudoscientific theory of "gender", which claims that differences in interests and abilities between men and women are determined not by their biological differences, but by upbringing and stereotypes that a patriarchal society imposes on them. According to this concept, “gender” is the “psychosocial sex” of a person, which does not depend on his biological sex and does not necessarily coincide with it, in connection with which a biological man can psychologically feel like a woman and perform female social roles, and vice versa. Adepts of the theory call this phenomenon "transgender" and claim that it is absolutely normal. In medicine, this mental disorder is known as transsexualism (ICD-10: F64).

Needless to say, the entire “gender theory” is based on absurd unsubstantiated hypotheses and unfounded ideological postulation. It simulates the presence of knowledge in the absence of such. However, in recent years, the spread of “transgender”, especially among adolescents, has become an epidemic. It's obvious that social contamination in combination with various mental and neurological disorders, it plays an essential role in this. The number of young people willing to “change sex” has increased in recent years tenfold and reached a record level. For an unknown reason, 3/4 of them are girls.

SUBSCRIBE PETITION against the application in Russia of the provisions of the ICD-11, based on the radical "LGBT" ideology instead of objective scientific data!

LGBT parades, adoption of children by same-sex couples, homosexual "marriages", self-harm "sex reassignment" operations and other similar phenomena do not start by themselves. It is an elaborate and purposeful process that begins with the depathologization of mental disorders and a change in the scientific status quo. Such paradigm shifts usually elude the public's attention, as they occur as part of specialized events in a narrow circle of people. Moving significant scientific discussions out of these narrow frameworks will help both impartial medical professionals and the whole society to defend the scientific reliability, sovereignty and demographic security of Russia.

Anyone who supported this appeal can stand between the harmful diktat of political correctness of the West and the future of Russia, protecting children and future generations from deliberate depopulation.

This report is a thorough review of scientific evidence refuting myths and slogans promoted by LGBT activists who postulate that homosexuality is a normal, universal, innate and unchanging state. This work is not “against homosexual people” (as adherents will certainly argue false dichotomy), but rather behind them, since it focuses on the problems of a homosexual lifestyle hidden from them and the observance of their rights, in particular the right to access reliable information about their condition and related health risks, the right to have a choice and the right to receive specialized therapeutic care to get rid from this condition, if they are interested.

(1) A critical attitude towards homosexuality does not meet the diagnostic criteria of a phobia as a psychopathological concept. There is no nosological concept of “homophobia”, it is a term of political rhetoric.
(2) The use of the term “homophobia” in scientific activity to denote the entire spectrum of critical attitude to same-sex activity is incorrect. The use of the term “homophobia” blurs the line between a conscious critical attitude to homosexuality based on ideological beliefs and forms of manifestation of aggression, shifting associative perception towards aggression.
(3) Researchers note that the use of the term “homophobia” is a repressive measure directed against those members of society who do not accept the consolidation of a homosexual lifestyle in society, but who do not feel hatred or unreasonable fear of homosexual individuals.
(4) In addition to cultural and civilizational beliefs, the basis for a critical attitude to same-sex activity, apparently, is behavioral immune system — biological reaction disgustdeveloped in the process of human evolution to ensure maximum sanitary and reproductive efficiency.

On 26 on June 2015, the US Supreme Court legalized same-sex marriage, requiring all states to issue marriage certificates to same-sex couples, as well as to recognize such certificates issued in other jurisdictions. However, as shown data Gallup American Institute of Public Opinion, homosexuals are in no hurry to take advantage of their newly acquired rights. As expected, no influx of “oppressed sex minorities” into the registration authorities occurred, despite the complete elimination of “discriminatory” restrictions.

One of the slogans of the “LGBT” movement is the assertion that the proportion of people with homosexual attraction is supposedly 10% - that is, every tenth. In reality, according to large-scale modern studies conducted in the USA and European Union countries (that is, in countries where homosexuality has comprehensive support and protection from the state apparatus), the proportion of people who identify themselves as homosexuals varies from <1% to maximum 3 %

The point of view currently accepted in industrialized countries according to which homosexuality is not subject to clinical assessment is conditional and devoid of scientific credibility, because it reflects only unjustified political conformism, and not a scientifically reached conclusion.

15 December 1973 The Board of Trustees of the American Psychiatric Association, yielding to the continued pressure of militant homosexual groups, approved a change in the official guidelines for psychiatric disorders. “Homosexuality as such,” the trustees voted, should no longer be seen as a “mental disorder”; instead, it should be defined as “violation of sexual orientation”.

Robert Spitzer, MD, associate professor of clinical psychiatry at Columbia University and a member of the APA Nomenclature Committee, and Irving Bieber, MD, clinical professor of psychiatry at New York College of Medicine and chairman of the male homosexuality study group, discussed the APA decision. The following is an abridged version of their discussion.

World-renowned Dutch psychologist Gerard van den Aardweg has specialized in the study and treatment of homosexuality for most of his distinguished 50-year career. Member of the Scientific Advisory Committee of the National Association for the Study and Treatment of Homosexuality (NARTH), author of books and scientific articles, today he is one of the few specialists who dare to disclose the inconvenient reality of this topic solely from factual positions, based on objective, not distorted ideological bias data. Below is an excerpt from his report “The Normalization” of Homosexuality and Humanae Vitae ”read out at the papal conference Academy of Human Life and Family in 2018 year.

(1) Children raised by same-sex couples have an increased risk of developing homosexual drive, sexual non-conformism and adopting a homosexual lifestyle - these results were obtained even in studies conducted by authors loyal to “LGBT +” movement.
(2) The studies cited by LGBT + activists - movements and affiliates (defending the claim that there are no differences between children from traditional families and children brought up by same-sex couples) have significant shortcomings. Among them: small samples, a biased method of attracting respondents, a short observation period, the absence of control groups and the biased formation of control groups.
(3) Studies conducted with large representative samples with a long observation period show that, in addition to the increased risk of adopting a homosexual lifestyle, children raised by homosexual parents are inferior to children from traditional families in a number of ways.

From the filing RBC, Fontanka and other media that do not represent the opinion of the majority of Russians, calls for the introduction of "sex education" in Russia began to spread like a whistle. In one of the groups of the Facebook social network, a survey was even conducted, according to which “75% of Russians supported the idea of ​​introducing sex education lessons in schools”. It is noteworthy that a third of these Russians were childless. We hope that the organizers of this survey and those who voted will study the facts presented here and will be able to balance their point of view.

One of the arguments of the activists of the “LGBT” movement is that the partnership of homosexuals is the so-called. “Homosexual families” - supposedly no different from heterosexual families with traditional values ​​and worldview. The prevailing picture in the media is that homosexual relationships are as healthy, stable and loving as normal heterosexual relationships, or even surpassing them. This picture is not true, and many representatives of the homosexual community honestly admit it. People of the same sex who engage in sexual relations are at increased risk of STDs, physical trauma, mental disorders, substance abuse, suicide and intimate partner violence. This article will focus on three significant features of interpersonal homosexual relationships that strikingly distinguish them from heterosexual ones:
• promiscuity and related practices;
• short-lived and non-monogamous relationships;
• increased rates of violence in partnership.

(1) The hypothetical “homosexuality gene” is not known; it is not discovered by anyone.
(2) The studies that underlie the statement of the "innate nature of homosexuality" have a number of methodological inaccuracies and contradictions, and do not allow unambiguous conclusions.
(3) Even the studies cited by LGBT + activists speak not of the genetic determinism of homosexual inclinations, but at best of the complex effect in which the genetic factor presumably determines the predisposition, combined with environmental influences, upbringing, etc.
(4) Some famous personalities among the homosexual movement, including scholars, criticize the statements about the biological predetermination of homosexuality and say that it is determined by conscious choice.

The political rhetoric of LGBT activists is built on three baseless postulates that affirm the “normality”, “congenitality” and “invariability” of homosexual attraction. Despite generous funding and numerous studies, this concept has not received scientific justification. Accumulated volume scientific evidence rather indicates the opposite: homosexuality is acquired deviation from the normal state or development process, which, given the client’s motivation and determination, lends itself to effective psychotherapeutic correction.

Since the entire LGBT ideology is built on false grounds, it is impossible to prove it in an honest logical way. Therefore, in order to defend their ideology, LGBT activists are forced to turn to emotional idle talk, demagogy, myths, sophisms and knowingly false statements, in a word - rabulistic. Their goal in the debate is not finding the truth, but victory (or its appearance) in the dispute by any means. Some representatives of the LGBT community have already criticized such a short-sighted strategy, warning activists that one day it will return to them as a boomerang, and urged to stop the spread of anti-scientific myths, but in vain.

Next, we will consider the most common logical tricks, tricks, and sophisms, which are used by advocates of LGBT ideology.

(1) There is a substantial base of empirical and clinical evidence that unwanted homosexual attraction can be effectively eliminated.
(2) An important condition for the effectiveness of reparative therapy is the patient's informed participation and desire to change.
(3) In many cases, homosexual attraction, which can occur during puberty, disappears without a trace at a more mature age.

facts that are silent by the leaders of the LGBT movement 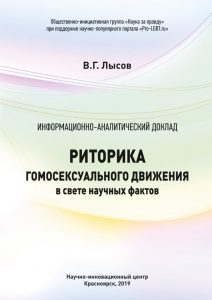